*** Game is actively in development, this release is not the final version. 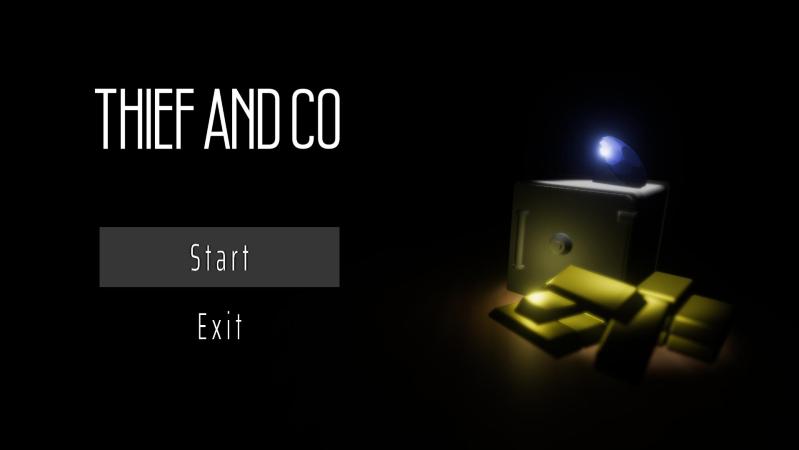 Thief and Co. is a couch cooperative multiplayer game for 1-4 players where you play as a band of misfits trying to heist a valuable diamond from a museum.

In Thief and Co., one to four players explore a fully procedural museum level and try to complete up to 4 different types of objectives to take down the security protecting the final objective: the diamond. The thieves must steal the diamond to escape the museum and win. There are guards searching for the thieves. The guards are an AI system that attempt to hunt down the thieves and tie them up to stop them from getting the diamond.

We created this game because we love couch cooperative games, and wanted to bring together ideas from other games we loved.

Malik Ouda - Project manager, publishing producer, engineer
Malik is a student at the Univeristy of Texas at Austin pursuing a Bachelor's of Science in Arts and Entertainment Technologies for graduation in May 2020. He is also a McCombs Master of Science Bridge candidate, and will be pursuing his Masters of Science in Information Technology and Management for graduation in May 2021. He has skills in software and game development.

Torry Mathis - Technical lead
Torry is a senior at the University of Texas at Austin studying Arts and Entertainment Technologies with an emphasis on Game Development and programming. He will graduate in Fall 2019.

Jim Arnett - Creative director
Jim is a senior at the University of Texas at Austin studying Arts and Entertainment Technologies with an emphasis on Game Development and Game Design. He will graduate in Spring 2020.

Tylor Hawkins - 3D modeler and animator
Tylor is a senior at the University of Texas at Austin studying Arts and Entertainment Technologies with a focus on Games and 2D and 3D Art. He will graduate in Spring 2020.

We all wanted to make a game that was fun to play and technically challenging to create. We knew we wanted to have a game with an AI, and we wanted to make a couch cooperative game. After throwing out lots of ideas, we came up for the idea for Thief and Co: A cooperative multiplayer heist game. This allowed us to implement an AI through guard functionality, and make a fun and challenging game that we as a team were excited to build.

We initially started by using a base maze generation script from Jasper Flick. We then modified it to fit our game, making many modifications to it making it more our own. The base script required extensive modification to work with our guard AI, art and objective spawning, and just general aesthetic.

Almost all of the art in the game is entirely original. We modeled and textured all 3D models in the game, and made character and guard models, with walking animations. Other animations have been made, but not implemented as of yet.

Below are some examples of the art and its progression:

We wanted a game with exciting gameplay. Up to 4 players can explore the level. There are 3 mini-games the players can play that act as "security measures": The telephone, the computer, and the safe. The players have to complete four of these objectives in order to unlock the diamond. If they do so, they win. If the guards catch all players, the players lose.

We plan to implement more polish to the game, continuing to fix bugs, and improve on game-play by speeding it up. We also plan to add more character animations and keyboard support.

Our research involved playing and looking at games like Overcooked, Super Smash Brothers, and other couch cooperative games to see what's fun. We also looked at lots of reference for the art in the game, which inspired lots of entirely original work by Jim Arnett and Tylor Hawkins.

Download the zip file, unzip it, and run the file 'thief-and-co.exe'

*** Requires a controller. It works with USB SNES controllers, and theoretically it should work with other gamepads, but that functionality is not tested so your mileage may vary.
** Note: Our game is in beta, so you may run into bugs. 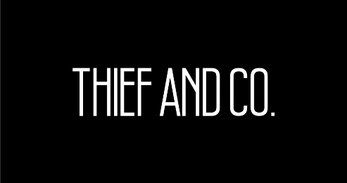